Get ready: The single use plastic bag tax is coming to Charlottesville and Albemarle Jan. 1 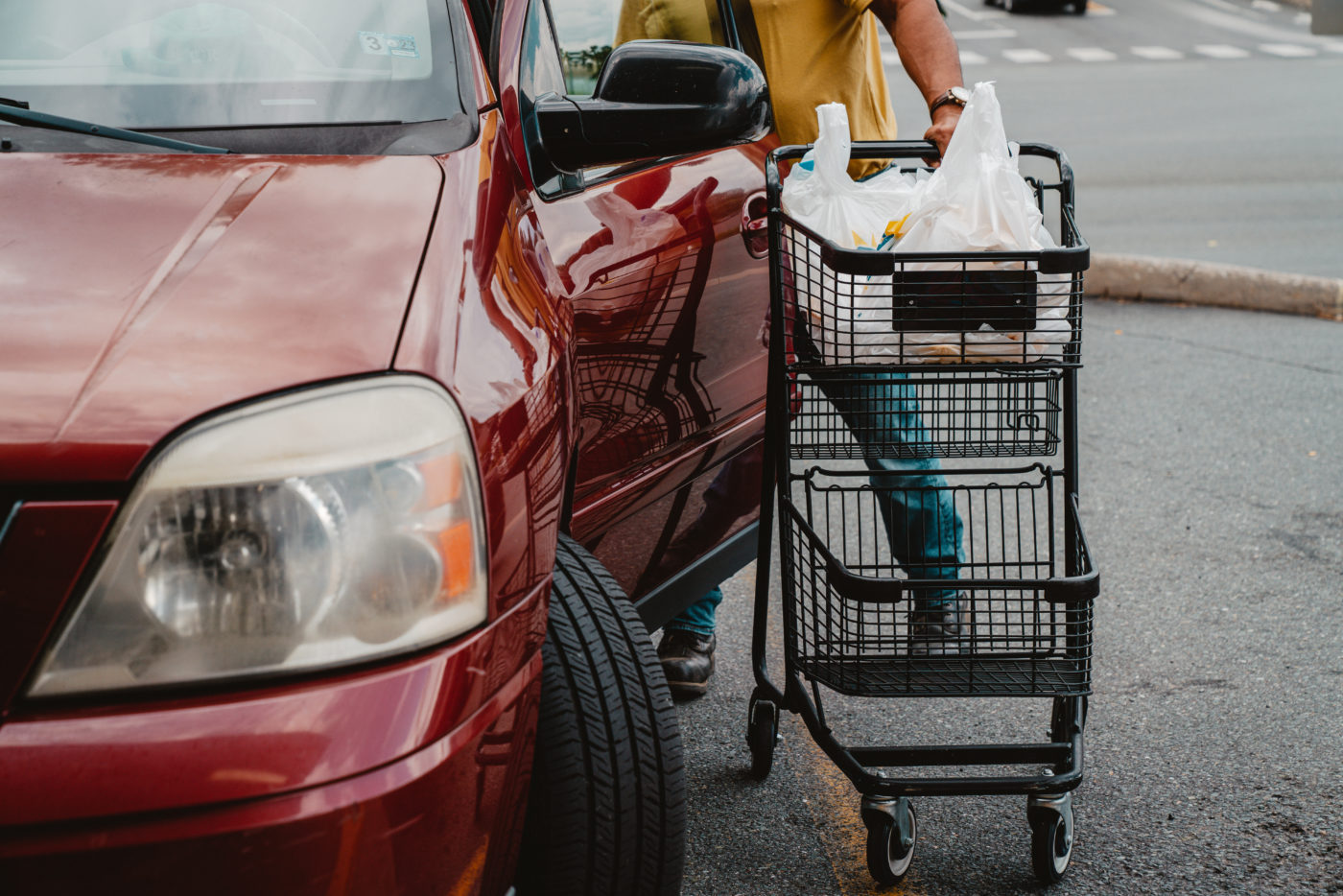 Beginning Jan. 1, all grocery stores, convenience stores and pharmacies in both Charlottesville and Albemarle County will impose a five cent tax on plastic bags. Officials hope this will incentivize people to bring reusable bags to the store in an effort to reduce plastic bag pollution.

Both the City of Charlottesville and Albemarle County will impose a five-cent tax on single-use plastic bags at grocery stores, convenience stores, and pharmacies beginning Jan. 1.

During its regular business meeting Monday night, Charlottesville City Council voted 4-0 (vice mayor Juandiego Wade was on a church trip and not in attendance) in favor of the tax, which city officials and community members hope will drastically reduce the pollution caused by single-use plastic bags.

Albemarle County officials approved its tax in May.

Read more of our reporting about the tax and its possible effects on the environment and the community.

Councilor Michael Payne pointed out that similar programs have been successful in other cities and towns like San Jose, California, where plastic bag accumulation in storm drains, creeks, and rivers dropped by more than half after the tax was imposed.

Pollution caused by plastics is one of the most urgent environmental issues of our time, according to reporting by National Geographic. Hundreds of thousands of tons of plastic bags end up in landfills and oceans each year. The bags take 1,000 years to decompose, all the while leaking harmful chemicals into the water and the land. They have direct effects on wildlife, too: sea turtles mistake the floating bags for jellyfish and eat them.

“Given the effectiveness of it, and given plastics pollution, I am in support of it,” Payne said.

All grocery stores, pharmacies, and convenience stores in the city and the county are required to participate, and will collect the tax from customers during checkout.

The tax will apply to the plastic sacks used at checkout only, and not to plastic produce bags, Deputy City Manager for Operations Sam Sanders told Charlottesville Tomorrow.

Nearly a dozen localities in Virginia have similar policies, which stem from a 2020 state law granting local governments the ability to impose such a tax.

That law lays out four potential uses for the money collected:

“The reason for focusing on the first item is, of course, to make sure there is no disparate impact to low-income households,” said Sanders. “And because we need to actually see what would be generated by the levying of the tax, it’s best for us to focus there to ensure we’re not creating hardship on individual households before then moving to the climate action that can result from any additional funds that may be available.”

With Jan. 1 just five months away, Sanders said that his office will immediately ramp up efforts to create distribution programs for those community members who might struggle to afford reusable bags. Among the provisions he hopes to clarify is whether the city can use the funding for bags with wheels for seniors and people with disabilities, something Councilor Sena Magill suggested previously.

During the public comment period, most speakers were in favor not just of levying the tax, but making sure that people who need bags, get bags.

Members of the Green Grannies sang a song to the tune of “A Tisket, A Tasket,” their original lyrics advocating for refusing plastic bags and reusing cloth ones for the sake of the environment and all living creatures.

Michael Pillow, a representative from the local chapter of the Sierra Club, suggested a few different ways that people could reduce their plastic bag usage, including using reusable bags, or forgoing bags altogether and using a cart to bring items to their cars.

The Sierra Club has already distributed about 200 reusable shopping bags to two food pantries, one in Charlottesville and another in Earlysville, as well as Reid Super-Save Market and the farmer’s market at IX Art Park, Pillow wrote in a follow-up email to Charlottesville Tomorrow.

The club is willing to work with city and county officials, as well as community organizations, to continue bag distribution efforts, said Pillow. He said he also knows folks with a surplus of reusable bags in their trunks that they are willing to redistribute to others.

Nancy Carpenter, Homeless Prevention Administrator and Interim Director of Housing Programs for The Haven day shelter, asked Council and the city manager’s office to consider expanding reusable bag distribution beyond SNAP and WIC benefits recipients, because not everyone who needs the assistance — such as folks who’ve just moved from the street into housing — gets it.

Rosia Parker offered a personal anecdote to help Council better understand how the tax would directly affect low-income folks like herself, if efforts to distribute reusable bags prove ineffective.

“Some of us don’t receive money and just have SNAP benefits,” said Parker. And SNAP benefits don’t pay for plastic bags — Parker said she learned this while visiting another part of Virginia that’s already imposed its tax. Someone at the checkout gave her change so that she could pay for the plastic bag.

“If it hadn’t been for somebody loaning me that change, I wouldn’t have been able to take out my items,” she said. “That leaves us having to drag our groceries out in a basket and having to put them in a car, which some of us may not have. Some of us may be riding a bus.”

Councilor Magill said that it’s good for city officials and staff to hear these stories and concerns so that they can make sure any free reusable bag distribution programs look out for all community members who might need them.

In addition to working with community organizations and neighborhood leaders, Magill suggested the city set up a phone line that people could call to request reusable bags.

It’s less about the money and more about behavior, said Snook after the vote. “The hope is that this tax wouldn’t raise a penny. We hope that everybody would change their behavior and stop using these sorts of plastic bags, in which case we are a little bit closer to solving a problem.”