Out of gas: How the Colonial Pipeline crisis affected the Charlottesville area and what to expect 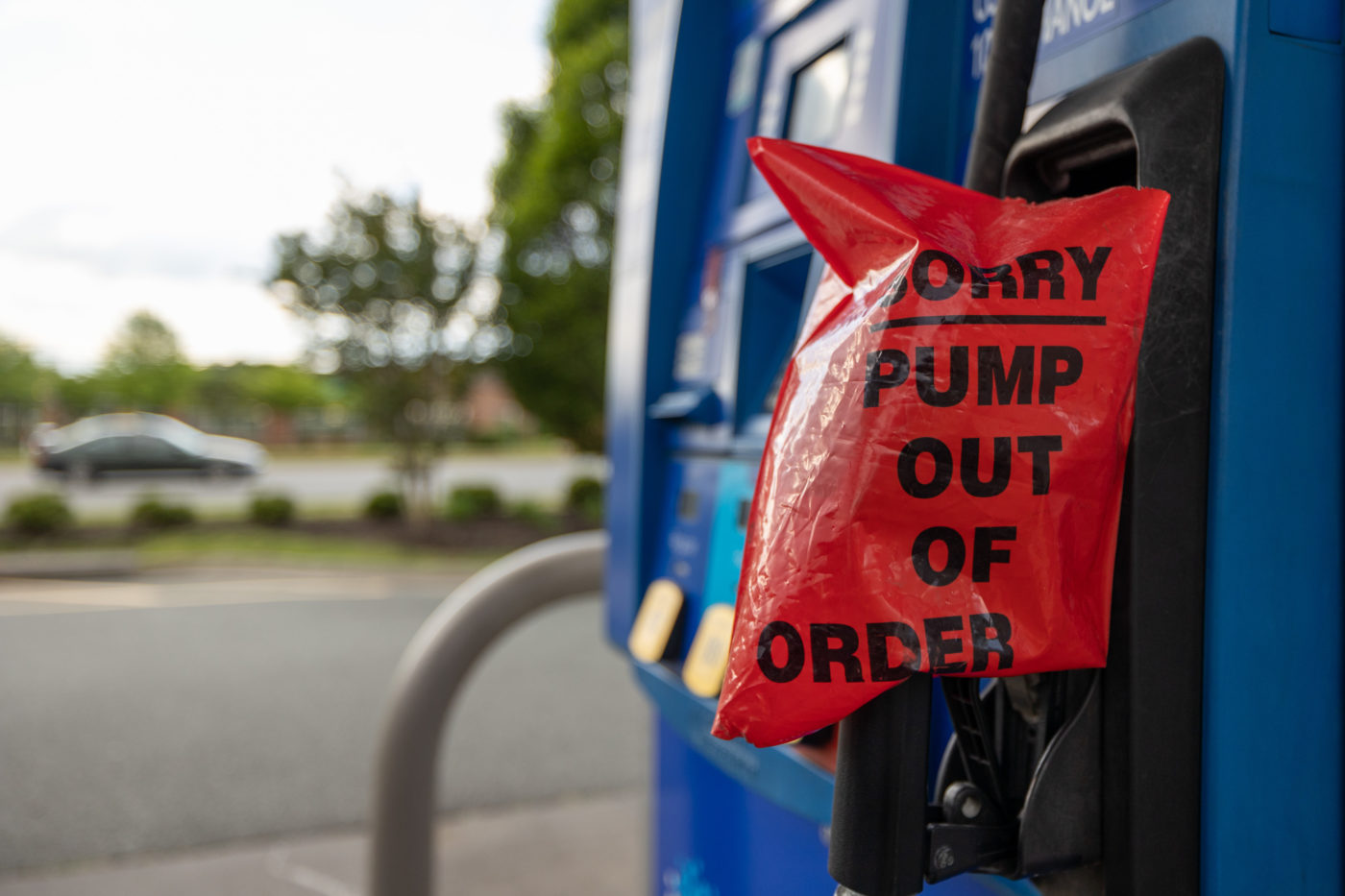 After the Colonial Pipeline was shut down due to a cyberattack and a rush in response to get fuel, many gas stations in Charlottesville and across the East Coast have run dry.

We seek to expand civic engagement to foster a vibrant, inclusive, and interdependent community.

Our Regional Resource pages contain information on ongoing coverage in a specific area in one of our coverage topics. These pages do not have publication dates because they will be updated often.

Following a May 7 cybersecurity attack on Georgia-based Colonial Pipeline that prompted the company to shut off its service, several states, including Virginia, experienced a fuel shortage. The pipeline, which runs from eastern Texas up and over into New Jersey is a major artery of fuel for much of the East Coast.

By May 11, Gov. Ralph Northam had declared a state of emergency for Virginia as its gasoline supplies continued to dwindle and lines outside of fueling stations were not an uncommon sight.

Though by the evening of May 12, Colonial reported that it had begun to phase its pipeline back to full capacity, the effects of the shutdown, officials say, will still be felt for a little longer.

What to expect next

“This is a slow restart, not an instantaneous back to normal,” said Stacie Neal, director of planning for the Virginia Department of Emergency Management.

Colonial is phasing in full pipeline capacity, which will take time. Gasoline that flows from Richmond’s Junction facility could take up to 29 hours to reach northern parts of the state, and it’s estimated that gas flowing from the Texas side of the pipeline will take a 14-day journey to New Jersey.

Scott Marshall, a manager with Virginia’s State Corporation Commission stressed that the “system must be inspected and pressurized incrementally” in the meantime as it returns from dormancy.

While the next couple of days can show an improvement in gas flow, Marshall explained that along the pipeline’s route are storage tanks, and areas that may have been most depleted could experience more time before the fuel flows more regularly.

Amid the past week of shortages, Colonial worked to switch on certain lines that it operates to transport existing reserves of fuel to various localities, like Greensboro, North Carolina. Additionally, the interstate Plantation and Kinder Morgan pipelines, along with the intrastate pipeline, Nustar, were able to supply some fuel in Virginia.

Charlottesville-based company Tiger Fuel president Gordon Sutton says his team was able to source product from Plantation to some of its locations. Though based locally, Tiger Fuel services about 270 stations between North Carolina, Virginia, West Virginia and Maryland.

One such location, a 7-Eleven on Seminole Trail, had to place out-of-order labels on its pumps Tuesday morning. Manager Raj KC anticipates his station could receive its next order by the end of the week, while Sutton reiterates it can take time for many of Tiger’s clients to be “back to normal” and estimates about 85% of his company’s fuel is sourced through Colonial.

In the meantime, Sutton has had as many of his staff that can work from home doing so— as have staff in the city of Charlottesville and Albemarle County— to conserve fuel.

“I think for me a couple of big takeaways are that it’s going to take us a while to dig out. Please don’t hoard gas, just use what you need and let’s ask people to not burn it if they don’t have to,” Sutton said. “We are still in this space and will be for a couple more weeks to make sure the limited resources are available for those who need it.” 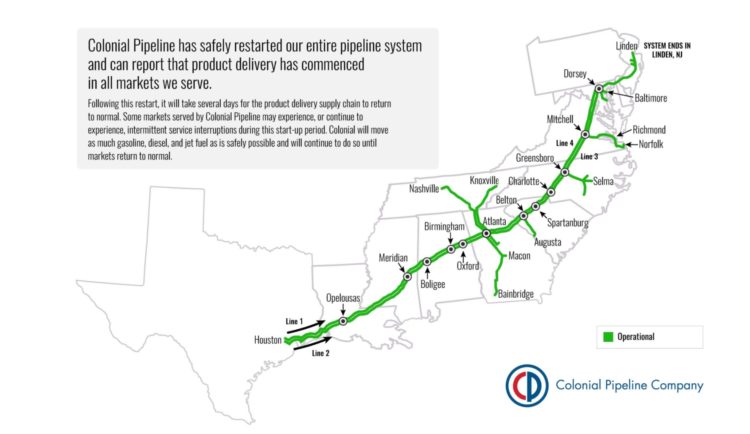 What does this mean for emergency services?

Albemarle County is keeping an eye on its fuel usage.

“We will make adjustments if needed to ensure our public safety resources have the fuel needed to maintain our incident response,” said county spokeswoman Emily Kilroy.

The city of Charlottesville is also still able to “continue its normal and emergency operations,” said Director of Public Works David Brown.

As such, department staff has been instructed on the following protocol:

However, Brown says that the city’s fuel supplier, Quarles, has indicated it was affected by the shutdown — though it still was able to provide product as they find it.

“They identified that they are prioritizing government and first responder customers to receive fuel during this time,” Brown explained. “They have asked their customers to be flexible on orders for delivery dates [and] times, as well as prioritizing deliveries.”

What about public transportation?

Charlottesville Area Transit (CAT), has not yet felt an impact of the shortage according to Brown as its buses run on diesel and have continued their operations.

According to Jody Saunders, a spokesperson for Jaunt, the entity has “done some quick problem-solving.” Staff have used the GasBuddy app to coordinate where to refuel, and Jaunt has restricted its services to only clients in need of critical trips, such as dialysis appointments or cancer treatment.

Saunders says Jaunt also implemented use of three vehicles that she says otherwise weren’t quite fully equipped for the service.

“Fortunately, we have some electric vehicles. We’ve put those on the road [Wednesday morning],” Saunders said.

The EVs need software updates and aren’t yet compatible for wheelchair use, “but we quickly got them ready,” Saunders said

Written by:
Charlotte Rene Woods
@charlottewords
cwoods@cvilletomorrow.org
I'm Charlottesville Tomorrow's government reporter. If you've got questions, send them to me! And if you haven’t yet, consider subscribing to our FREE newsletter to get updates from my whole newsroom on the things you want to know.